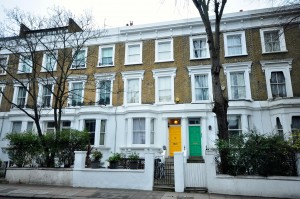 Thinking of Moving to Kensington & Chelsea?

Here is a list of some of the things you should know before making the leap.

1. Crime – for such a central area, Kensington and Chelsea ranks fairly low on the London crime figures and the good news is that crime figures are down 18% from last year. If you look at London mobile phone thefts the area doesn’t even rank. To view the complete facts and compare them to other boroughs check out the Metropolitan Police Crime Figures

2. Schools – Kensington & Chelsea is packed with some great state run and fee paying schools and there are schools to cater for all sorts of children and budgets.  For more information about the fee paying schools it is worth visiting The Independent Schools Directory as well as the Kensington and Chelsea Schools list

3. Medical Care – As most of the wealthiest people in London live in the royal borough of Kensington & Chelsea it is hardly surprising that the medical care that you can find in the borough is second to none. If it is private hospitals that you are after then check out this map. If it is state health then visit the Hospitals section of Kensington and Chelsea website. If you need to seek immediate medical attention then the Chelsea and Westminster Hospital has an 24 hour accident and Emergency unit.

4. Demographics – In the 2011 census the population of Kensington & Chelsea was 158,649 and is comprised of approximately 49% males and 51% females.The average age of people in Kensington and Chelsea is 38 years of age.

32.1% of people are married, 9.5% cohabit with a member of the opposite sex, 2.0% live with a partner of the same sex, 39.1% are single and have never married or been in a registered same sex partnership, 9.7% are separated or divorced.

5. Entertainment –  If you are looking for entertainment then Kensington and Chelsea is one of the best places to live for adults and children alike. The list is endlesss but here are some of our stand out choices

Museums – The museums in Kensington & Chelsea are some of the best in the world and The Science Museum, The Natural History Museum  and the V&A are on the same street

Music and Theatre – Just down the road from the best museums and opposite Regent’s park is the world famous Royal Albert Hall. If you are a lover of theater then the area is lucky to boast two of london’s most cutting edger theatres – The Gate Theatre and the Royal Court Theatre on Sloane square.